Welcome to The Pop Top Program Center. We have interviews with well known and up and coming artists on Pop Top TV, new musician previews, the latest on the Billboard pop charts, and the original Pop Top Music Program.

The original Pop Top Music Program is a 60 minute show that looks at The United States pop music top ten hits from any time from 1890 to the present, using the Billboard Hot 100 and its predecessors as the source. Each show has a theme. For example, songs with a person’s name in the title or songs with a color in the title. The show is hosted by Dennis R Sumlin, broadcasting from New York City. Since 2005, the show has entertained pop fans all over the internet. 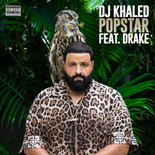